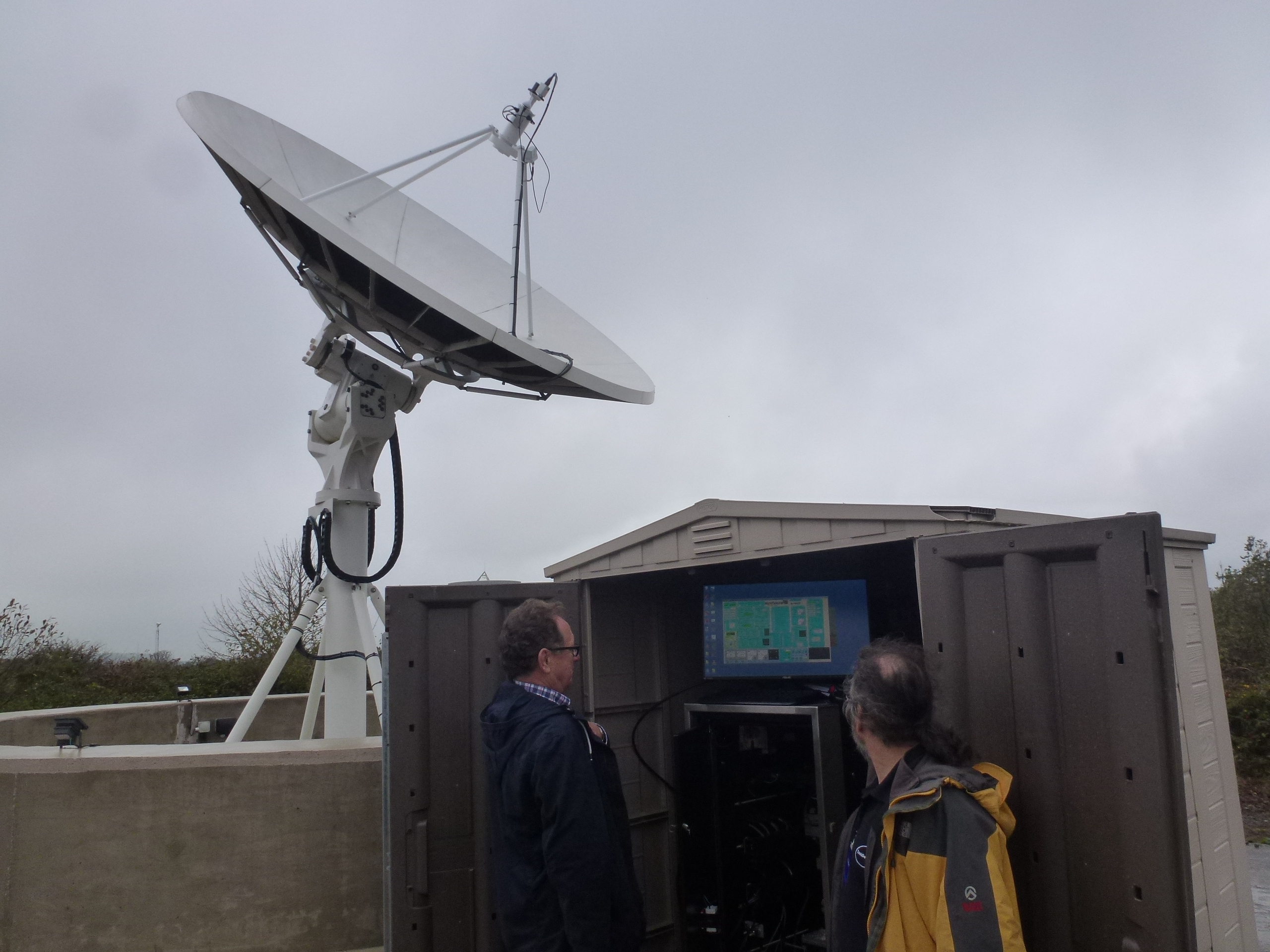 As part of preparations for the ARISS schools linkup with the British astronaut Tim Peake who starts a 6 month mission on the ISS in December, the ARISS team visited Goonhilly this week to commission a dish to receive the 2.4 GHz HamTV transmissions from the ISS.

The 3.8 mt dish is being loaned to the project by Satellite Applications Catapult, and will be used to track the ISS and provide real time video during the schools contacts scheduled for early next year. This dish is almost in the shadow of the 29 metre dish built in 1962 to receive the first transatlantic television signals from the Telstar-1 spacecraft.

The team (G8GTZ, M0AEU and G3VZV) braved the typical Cornish weather and installed a PC with mini-tutioune receiver software and a DB6NT downconverter to receive the ISS on the dish – It was no surprise that during the tests, we received video for 8.5 minute during one pass.

Currently the dish is not tracking the ISS but will be doing so in the near future and will be dedicated to this task for the next 6 months 🙂 In the mean time, the dish is pointing up at 90 degrees (zenith) but the receiver is connected and we received 25 seconds of blank video this morning when the ISS flew over the top of the dish!